This unique rattle is a fascinating instrument with unimaginable possibilities. Originally a children´s toy in West Africa (there it is known under various names: Patica, Kess-Kess …), the art of playing was developed to the max in Japan.

The playing is similar to juggling in as far as you work with the centrifugal force (juggling: gravity) and you can´t slow down the movements.

The Asalato consists of two grain-filled balls connected by a string and has two sounds: the rattling and the click. With two rattles you can play almost any rhythm. Asalatos especially train the fine motor skills and independence of the hands. 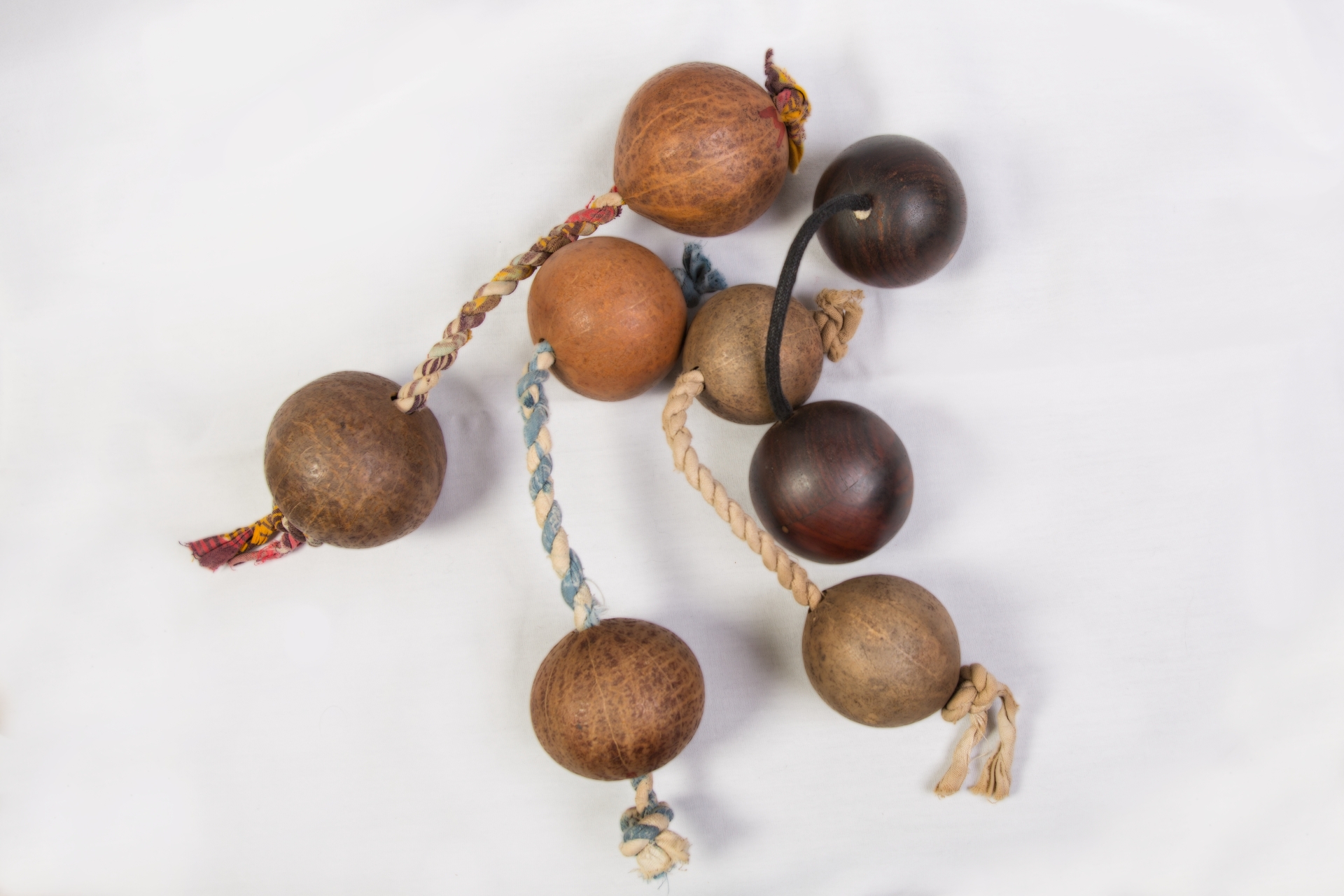